Optimist, new Schneefernerkopf climb 19.02.-20.02.2015,  German alpinists Michael Wohlleben and Joachim Feger have made an alpine style first ascent of Optimist, a 1300m line up the West Face of Schneefernerkopf in the Wetterstein massif, Austria. 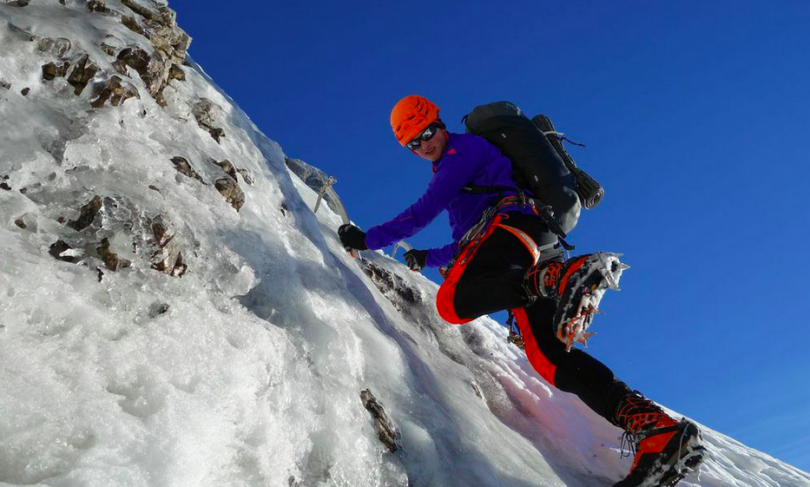 Wohlleben had this line already for a long time on his eyes. They set off on 19 February afternoon and searching unsuccessfully for a bivy ledge, briddle unprotect able rock slowed them down. Finally settled down at about 22.30 at circa half-height.

They topped out the next day. The final four pitches are shared with bolted summer climb Zwischen den Toren, first climbed by Karlheinz Grübler and Peter Spielmann during the summers of 2005 and 2006. 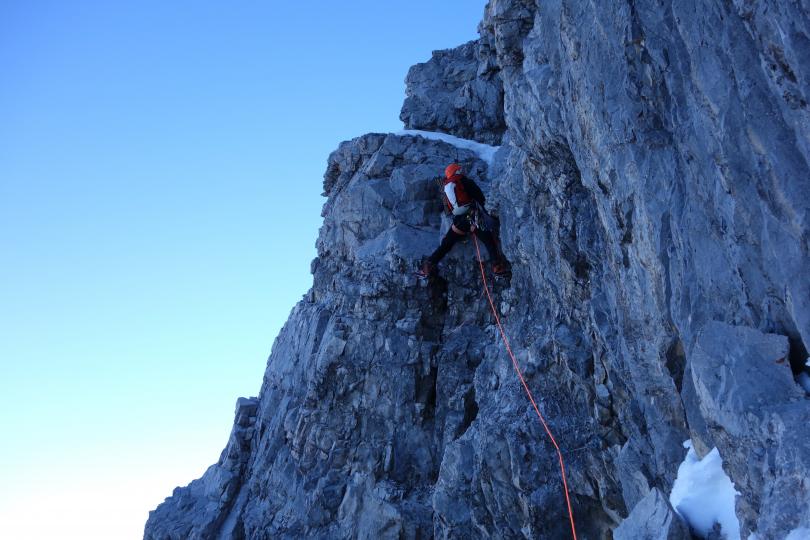 No bolts were placed along the route that has been called Optimist and while the difficulties never exceed M6, Wohlleben commented “on the whole it’s fairly difficult to protect because of the typical poor Wetterstein rock.” 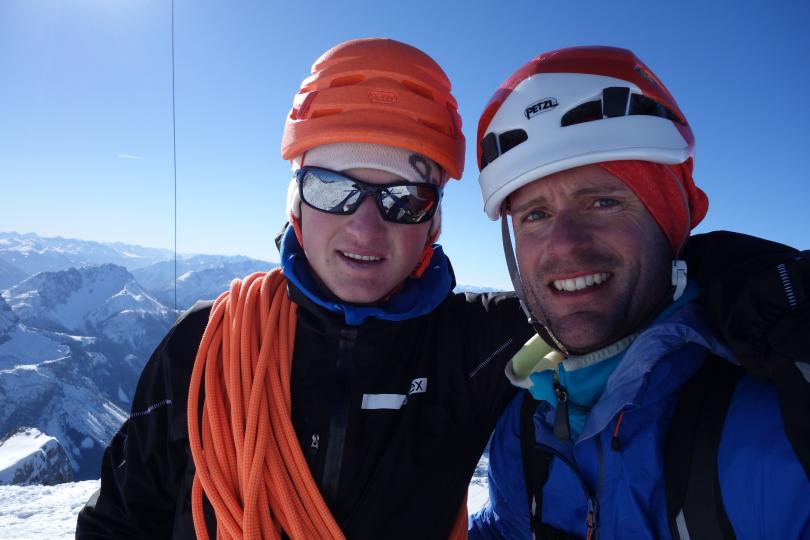 This new climb follows the first ascent, carried out March 2014, of Dornröschen, on the Wetterwand (2698m) in the same massif.

This 1100m line breaches difficulties in the region of 50°/7- /M5, follows sections of the Schmidführe and Laßberg/Leberle-Führe and was successfully climbed in 5 hours together with Fritz Miller on 26 March after two previous failed attempts.